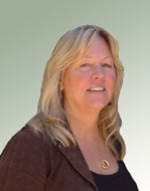 Janet Hummel approaches everything she does with an excitement that is contagious.

Drawn to the East End by its unique combination of a friendly community proud of its heritage and exquisite landscapes that are restful yet invigorating, Janet relocated to East Hampton in 1977.

Since then, Janet's dedication to the community, her belief in the adage "treat family as company and company as family", and her ability to "make things happen" for others have made her successful both personally and professionally.

Janet has been actively involved in all aspects of the building and real estate business. With a degree in accounting, razor sharp analytical skills, as well as a perceptive and energetic imagination, Janet was instrumental in establishing the business infrastructure of one of the East End's premier construction companies.

Utilizing these skills, Janet made the transition to real estate full time in 1997 when she joined Cook Pony Farm Real Estate's Bridgehampton office. With her winning attitude and commitment to the delivery of exceptional service she became the manager a year later. She has become one the most accomplished real estate manager/brokers on the East End.

Janet continues to reside in East Hampton where she has raised a family who is as appreciative and respectful of the beauty offered by the beaches and countryside of the East End as she is.