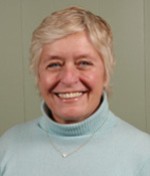 Pat MacArthur is one of those real estate brokers even the toughest, most competitive brokers love. She is warm, friendly, honest and hardworking; words associates and competitors alike often use to describe Town & Country's popular East Hampton Office Manager.

An almost 25 year veteran of the local real estate scene, Pat began her working life at Seventeen Magazine shortly after her own 18th year, as assistant to the fashion director. After marriage and a stint living in Oahu, Hawaii, where she continued in fashion working for Baba Kea, Pat settled in Centerport Long Island and began her real estate career.

In the early 1980's Pat moved to the East End with her husband and two children and began working at the former Cook Pony Farm firm. Her love of the area, people and real estate in general helped establish Pat as an agent customers and clients return to again and again.

It was during this time Pat met and worked with Town & Country owner Judi Desiderio, forming a friendship that has lasted for decades. It is this friendship that has brought Pat and Judi back working together after Pat spent 15 years at Sotheby's. As East Hampton office manager, Pat works closely with her loyal following and referral clients, while simultaneously being in a leadership position.

Pat is often in the company of her daughter Dana, son Jon and now grandchildren Cameron and Reese. When not busy in the office, she enjoys the beach, sailing, horseback riding and spending time with family and friends.