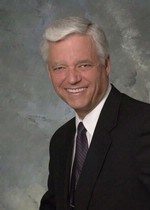 A lifelong resident of Park Ridge, Donald Sebastian spent the entirety of his youth in a modest home along Belle Plaine Avenue, which he shared with his parents and four siblings. After attending St. Paul of the Cross elementary school, Donald went on to Chicago’s Quigley North and later graduated from Loyola Academy. During these teenage years in Park Ridge, Donald met and began dating Kathy, the woman who would later become his wife and mother of their two children. Donald enrolled at Loyola University Chicago, where he attended classes until the age of 21 when in 1969 he received his real estate license and began selling real estate alongside his father and brother at Sebastian Co. Real Estate in Park Ridge. As his career grew, so too did Donald’s personal life: in 1971 he married Kathy and two years later the pair gave birth to their first son, Donald Jr., who also sells real estate at Sebastian Co. In 1980, Donald and Kathy had their second son, Michael. Donald and Kathy celebrated their 47th wedding anniversary in 2018. The year 2018 also marked Donald’s 49th year in the real estate business. Today, Donald’s has the distinct privilege of not only working alongside his son, Donald Jr., but also his wife Kathy, a fellow member of the Sebastian Co. team.